Hello from the road! 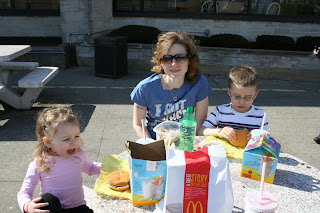 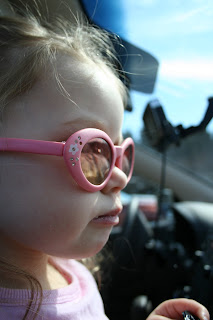 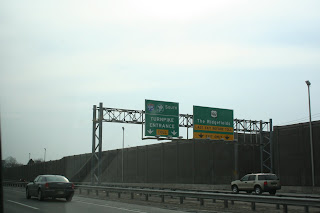 Greetings from New Jersey!!!!! We are currently on the New Jersey Turnpike near the Garden State Parkway. We left a little later than expected due to Sasha being up from 2:30am to 5am saying her head was hurting - as well as sneezing and having a runny nose....sigh - I REALLY hope she's not getting sick. We let her sleep in so she could get her rest and we got up at 7 to finish packing the car up. We hit the road about 10 am and have had about 2 hours in stops since, lol! I wish that our bladders would all get on the same schedule!
Sasha and Will are doing pretty well so far in their seats - asking every so often, "Are we there yet???"
Our Magellan says we have 878 miles to go til we get to Atlanta...we're thinking we'll hit a hotel around 8ish to give the kids a break and to get some good sleep!
The rental car that was donated to us to use with unlimited miles by Enterprise (THANK YOU!) is a brand new Kia Sedona with just over 9,000 miles (actually, it now has 10117 thanks to us! The minivan is HUGE inside and it has given us A LOT of room to get it all in there. It is REALLY hard to pack enough stuff for a 1-2 week stay (since we don't know if Sasha's getting sick we have decided to pack extra in case we have to stay longer to wait out the sickness OR if things will go as planned). We have brought enough medicine to do 2 weeks worth of infusions - so we *should* be all set....
We've been having fun taking pictures along the way....
We stopped for lunch and ate outside...suddenly Will screamed his little head off like a girl - I nearly fell off the bench! Turns out a FLY landed on the table we were eating at (HOW DARE IT????). Then the dreaded Seagulls decided to join us. Will and Sasha were terrified of the birds...to the point where it was a bit absurd - and, to make matters worse, they got 'up close and personal' inviting themselves to 'join' us - which did not go over well. The kids made spectacles of themselves screaming in sheer terror about the "Eagles" (as they called them).
Needless to say....lunch took FOREVER because they were SO wrapped up in whether or not there were 'flies' or 'Eagles' that they couldn't focus on the food. (*note to self, outdoor picnics and my children do not blend well!)
SO...I'll leave you with a link to some pictures and we'll post a bit later with another update!
http://www.facebook.com/album.php?aid=17346&id=1036926732&l=2ea70
Blessings
Stefani
Posted by Hope Rising at 3:45 PM